08:42 am: “Futures red following Jobs and GDP numbers this morning. As I’ve been saying, we are inside a bear market and bounces are expected but just to clear oversold conditions, so they resume the main downtrend.

08:43 am: “Morning focus on META as yesterday showed some big relative strength, so watch if able to go red to green OR give back yesterday gains. SPY IWM QQQ also on watch as tomorrow is the last day of the month and quarter. LOW and HD also on watch following Hurricane Ian.

Morning Trades: I started the day looking for a possible red to green move so I took AMZN and OXY calls but it was tough as the market took a dive and I got stopped. I was all over OXY calls and ride it up several times, last for more than double, so overall it was a tough morning but OXY gave me cash flow for the day. 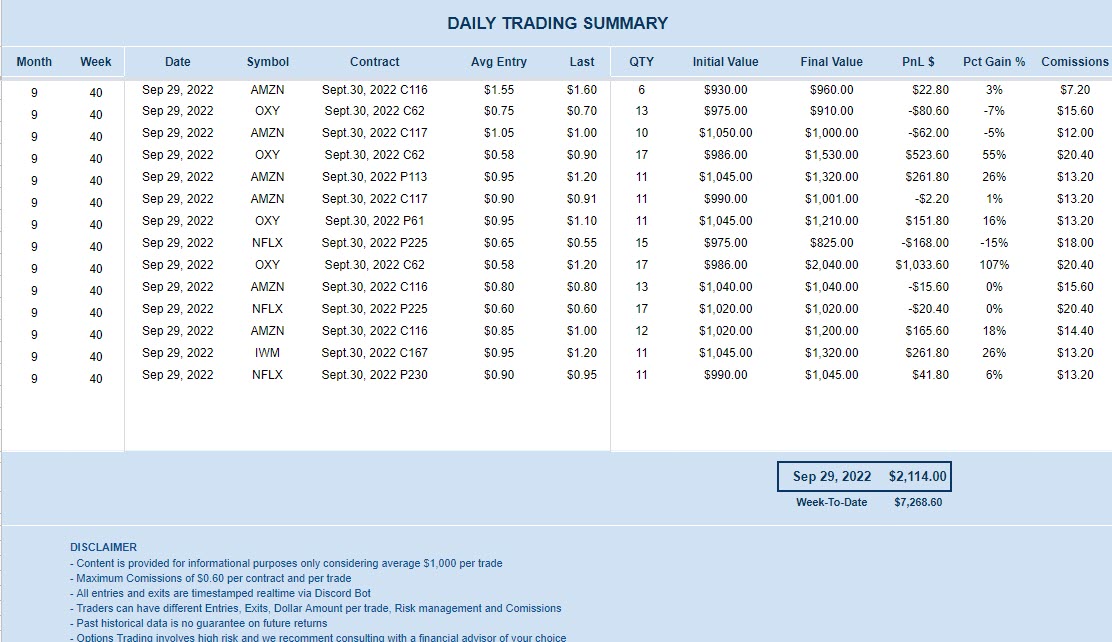 Loss review: I got stopped several times as I was not expecting to give back all yesterday’s move, but thanks to risk management, I was able to have smaller losses than would have if I held the bag for longer.

Key Takeaways: When stock is not moving according to your trading plan, you step aside and wait for better entries OR ride the opposite wave and when it pivots into your setup, you re-enter following your initial plan.

Look Ahead: There is a big tug of war between bulls and bears so holding long or short bags is not easy. This is a trading market, so it is basically to take trades, both longs and shorts, riding the intraday waves and generate the cash flow and build account, so when the time comes, you have the buying power to add size into swing long trades.